Geoffrey Leech, Emeritus Professor in the Department of Linguistics and Mod-ern English Language at Lancaster University, has been the co-editor and co-author of much research on English grammar, and computational and corpus linguistics. During the past thirty years, his major focus has been the analysis and processing of English with the building of the 100-million word British Na-tional Corpus, composed of modern English written texts as well as spoken transcriptions. Derived from a new version of this large electronic corpus, Leech et al's word-frequency book is a very comprehensive database for the linguist and lexicographer alike. In the past, frequency lists tended to focus on written language only, but this book has the merit of covering not only present-day written English, but also of encapsulating lexical frequency in modern spoken language. Spoken data only makes up 10% of the British National Corpus, however, as the transcription and digitisation of spoken language is extremely time-consuming. The spoken data in this book has been divided into a conver-sational part which includes informal dialogues (recordings of everyday spon-taneous interaction) and a task-oriented part that represents 60% of the spoken data of the corpus and includes more formal audio material (lectures, TV and radio broadcasting). 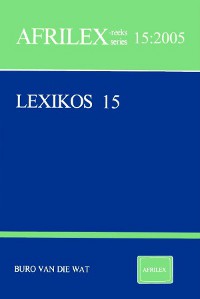