The lexicography practice in South Africa has distinctive features and to a great extent relates to the political dispensation current at a given period. During the previous political dispensation only two dictionary units existed in South Africa that were state funded, namely the Bureau of the Woordeboek van die Afrikaanse Taal (WAT) and the Dictionary for South African English (DSAE). These dictionary units, therefore have a long dictionary history. Some of the African languages, such as Xhosa, Zulu, Tswana and Northern Sotho also had dictionary units at the time but they were situated at and funded by tertiary institutions. The current national government requires dictionaries in all official languages for proper communication in languages the citizens understand best, i.e. their respective mother tongues. The Pan-South African Language Board (PanSALB), established in 1996, was a direct consequence of the country's new multilingual dispensation. This dispensation required equal rights for all the official languages and the legislation governing PanSALB was therefore amended to allow for equal justice to all dictionary projects for the official South African languages. This led to the establishment of national lexicography units for each of the official South African languages. A strategic planning process conducted at the Bureau of the Woordeboek van die Afrikaanse Taal not only influenced the lexicography practice at the Bureau, but also had a huge impact on the newly established national lexicography units (NLUs). Both the articles published in Lexikos, that originated in 1991, and the activities of the African Association for Lexicography (AFRILEX), established in 1995, have a huge influence on the activities of the NLUs. Although the NLUs are already 21 years old and should officially be of age, the question remains whether they really gained their independence. This article focusses on the heritage of the Bureau of the WAT as National Lexicography Unit for Afrikaans and the example that it has set to the other NLUs. Keywords: academic journal, association, communication, dictionary, feasibility study, human language technologies, language for special purposes, legislation, lexicography, management, national lexicography units, strategic planning, terminography, terminology 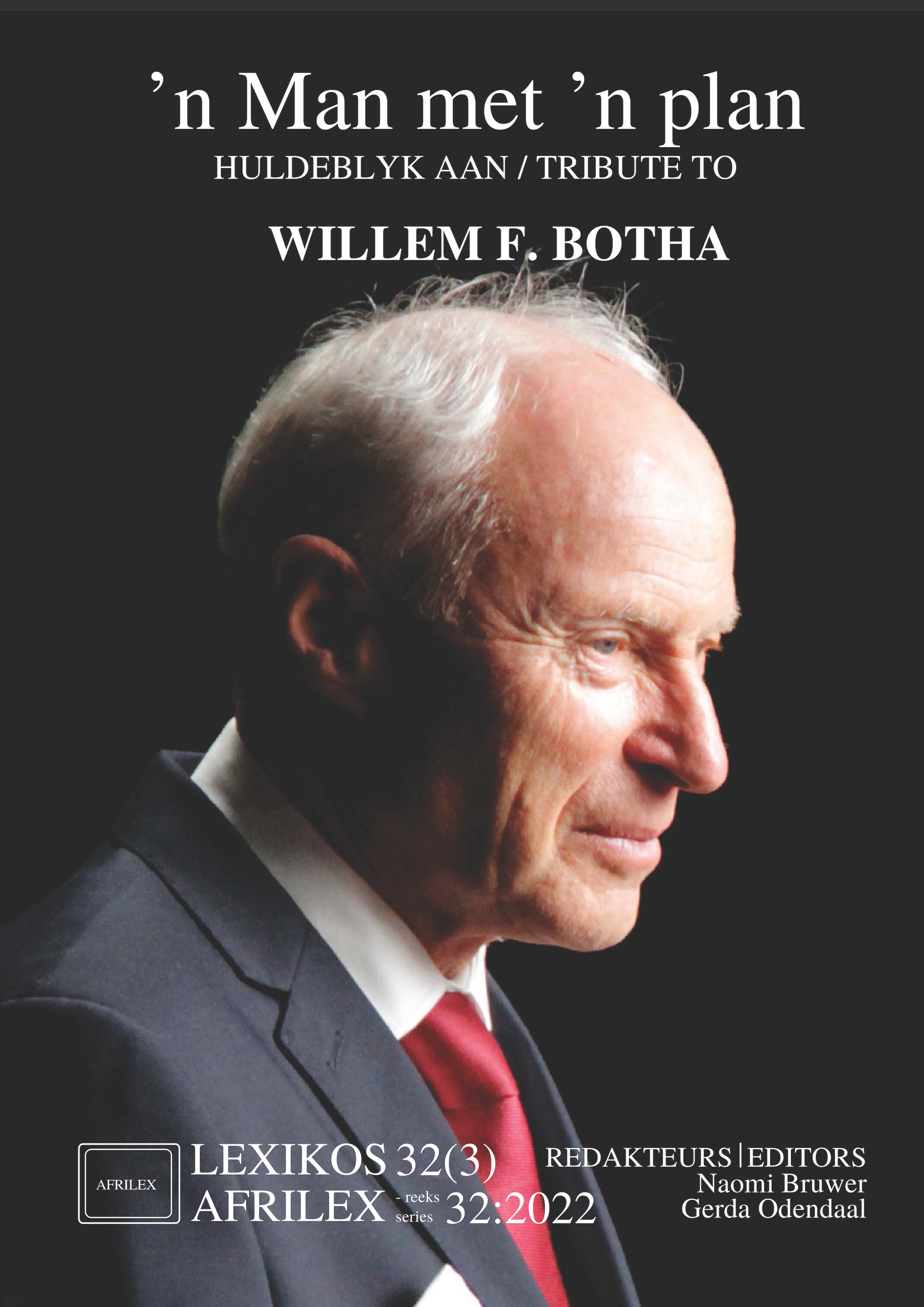